It’s time for the ‘big one’: the ’24 Heures du Mans’ is back this coming weekend in full splendor to attract the attention of all racing fans and media in the world and offer contenders a unique and unforgettable experience.

For its second participation, Team WRT arrives in the Sarthe with some challenges: to defend both the LMP2 victory of last year and the current leadership in the Teams’ and Drivers’ LMP2 standings of the FIA WEC, and also to prove competitive with an entry of three cars.

The Belgian squad is indeed adding a third Oreca 07 Gibson to its line-up, entrusted to Mirko Bortolotti, who will be making his debut in the race, Rolf Ineichen, who will drive an LMP2 car at Le Mans for the first time, and Dries Vanthoor, who already has a class win at Le Mans under his belt, having won the GTE Am race back in 2017, driving a Ferrari.

The regular cars of Team WRT entered in the FIA WEC will have a double mission. First, to maintain and possibly improve the lead in the standings that the Belgian team enjoys thanks to a double podium finish in the opening round at Sebring and a fantastic 1-2 win at home at Spa.
Currently, Team WRT has a 6-point advantage in the Teams’ rankings, with Robin Frijns-Sean Gelael-René Rast having the same gap in the Drivers’ standings, with Rui Andrade-Ferdinand Habsburg-Norman Nato lying in third position, 11 points from the top. 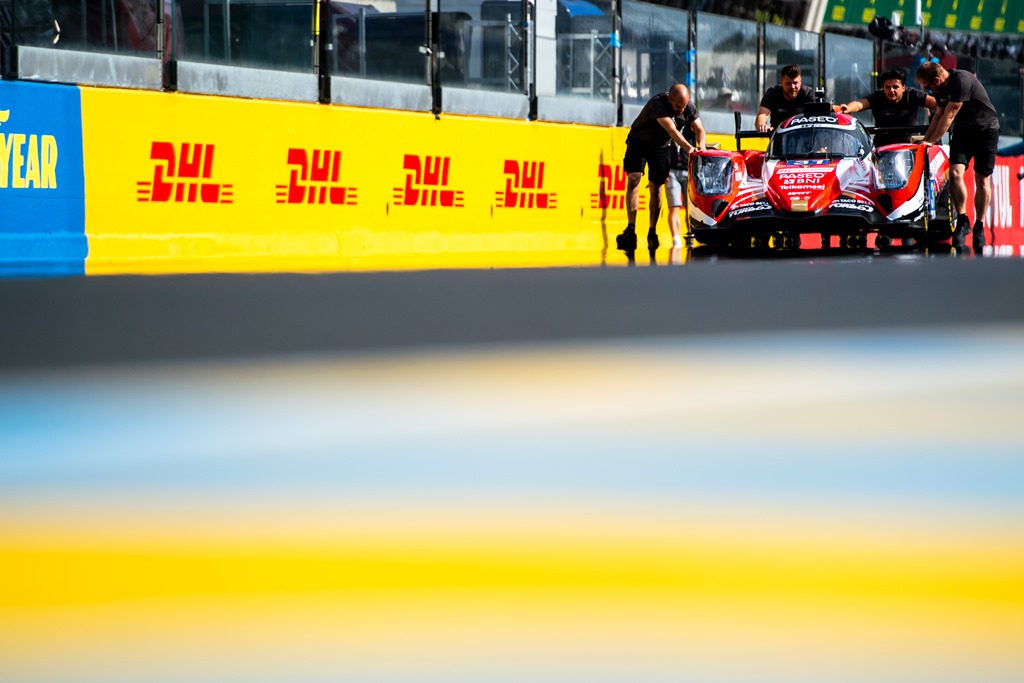 Le Mans, of course, is a race not comparable to any other. Team WRT learned it well in the very last minutes of the 2021 edition, its maiden participation in the greatest endurance race, when the then leading car, driven by Louis Delétraz-Robert Kubica-Yifei Ye, stopped in the last lap with a technical issue, losing a 1-2 victory that did not escape the other car of the squad, the one driven by Robin Frijns-Ferdinand Habsburg-Charles Milesi. The roller-coast of emotions, with joy and frustration erupting in equal fashion at the end of the exhausting marathon, could not have been more expletive of what Le Mans is and offers.

For this year, the race is coming back in ‘full normal gear’ after the two years of pandemic: the 24 Hours is back to its natural slot in June, its program includes all the standard features, including the acclaimed Parade in town, and fans are back with no restrictions to ensure the unique atmosphere of an event having reached the mark of its 90th edition.

Activity started yesterday with the traditional Test Day, which gave teams and drivers the possibility to taste the track and fine-tune all aspects ahead of the start of the official sessions on Wednesday. It was a positive day for Team WRT, where no major issues were reported, work proceeded according to the plans, and results were positive: car #41, the one under the colors of REALTEAM by WRT, was fourth-fastest, car #31 6th and the debuting car #32, 16th. 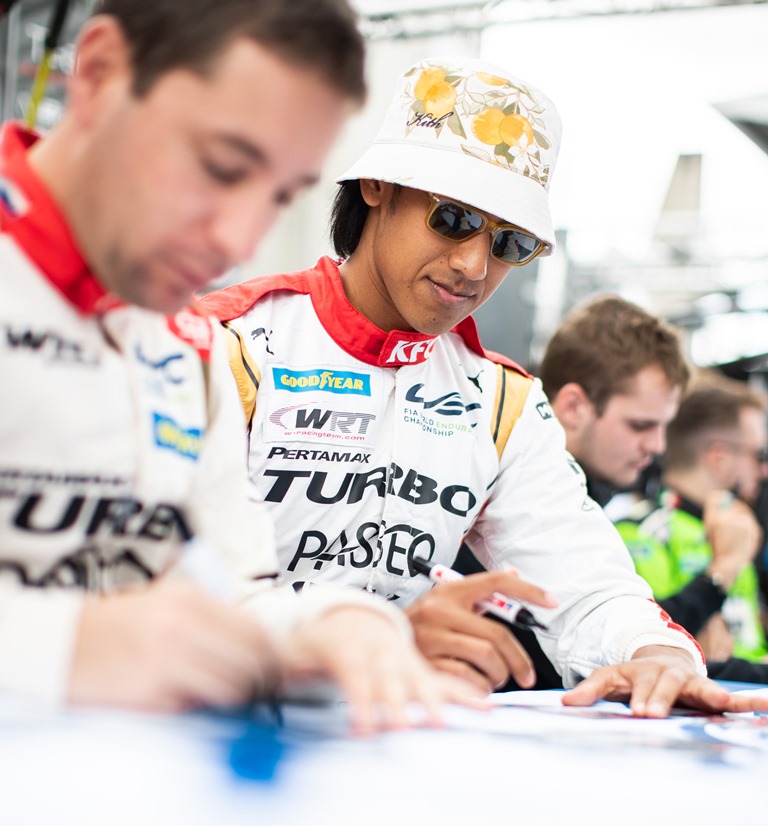 Ahead of the start of the week, Team WRT Principal Vincent Vosse commented:

“It’s our second time at Le Mans, and the fact we were successful last year at our first try doesn’t guarantee anything… That’s the greatness of a race like Le Mans, different from all the others. I think we are particularly well prepared, we have done everything we could possibly do and improved a lot of little things with respect to last year. We have three competitive cars and line-ups, yesterday’s test day went very well, we tested and checked everything we wanted to test and check, but Le Mans remains a total challenge no matter how well you prepare. Every time, you have to start from zero. I hope we will have a less stressful last five minutes than last year, but equal success and the three cars under the chequered flag.”

Robin Frijns
“It’s good to be back at Le Mans, with more experience and more preparation, knowing what to expect. For me, it’s the second time, and I hope to win it again. We’ll try to have a smooth race, stay out of trouble and we’ll see where we are at the end.”

Rene Rast
"We look forward to the race, the most important is to collect heavy points for the championship, but obviously, Le Mans is such a prestigious and historic race, everybody wants to win it. We had a good start with the test day, everything went well and the car is one piece, we are still sixth-fastest.”

Sean Gelael
“The test day was very positive, a lot of laps covered and lot of data gathered, we had some great race runs and quali runs too. It’s always a great experience to be here, what can I say… I just love Le Mans!”
ACF

Gelael: This season’s about preserving through the hard times

THIRD LMP2 WIN OF THE YEAR FOR TEAM WRT AT FUJI